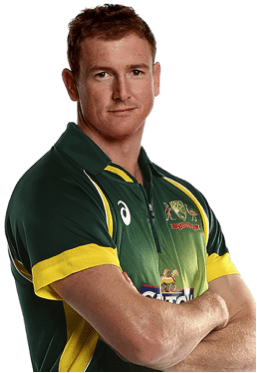 George Bailey is one of the biggest names in Australian cricket. He is widely regarded as one of the finest fielders, destructive strikers and most consistent batsmen in the country in all forms of the game.

George is widely respected for his knowledge, skill and experience as well as his desire to assist young, up and coming cricketers to achieve their full potential. He is currently captain of the Tasmanian team in the Sheffield Shield competition, the Hobart Hurricanes team in the Big Bash League and the Kings XI Punjab franchise in the Indian Premier League.

George was also captain of the Australian T20 team until he stood down in 2014 and has captained the Australian ODI team on a number of occasions throughout his career.

George lives in Hobart but has strong ties to Launceston where his cricket career first began. He has a strong community focus and dedicates much of his time and energy supporting the local community wherever he can.

“I’m very honoured to be an inaugural ambassador and feel a great sense of responsibility to get the message out there that all Tasmanians have to protect their skin.

I spend so much of my time outdoors training and playing cricket.  With my fair skin, I always take precautions and am very conscious of the dangers of not doing that.  I want every Tasmanian to do the same and will be doing my very best to make everyone aware of the dangers of melanoma. I encourage you to take the necessary steps for both yourself and for your loved ones to minimise the risks of skin cancer. 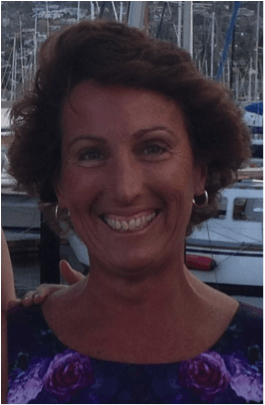 Anne Steele resides in Howrah with her 2 children, Hannah and Lachlan.  She is currently employed with Swimming Australia having changed her career pathway after 23 years as a teacher in the Catholic Education System, in which she spent a large amount of time outdoors.Anne has always had a passion for swimming, representing Tasmania at numerous Australian Open and Age Championships throughout her youth.

Anne developed an interest in open water swimming in her teens and represented Australia in the 25km Sunset Coast Marathon in January 1997.  Out of the 33 international starters, only 17 finished and Anne was the 4th Australian.  Anne had a childhood dream of swimming the English Channel, a body of water that has claimed 8 lives and only 1 in 10 people successfully complete.  Anne achieved this dream in August 2007.

Anne dedicated the swim to raising awareness and funds for the Children’s Cancer Institute Australia.  A total of $367 492 was raised throughout the campaign,  something Anne describes as so much more rewarding and satisfying than the swim itself.

As a result of her efforts Anne was named 2007 Tasmanian of the Year.

In 2012, Anne was personally affected by melanoma.  Anne’s melanoma on her back, was picked up at a routine skin check and was a very unassuming normal spot to the naked eye.  Anne’s check ensured that further surgery removed the outer margins of the melanoma as it was caught in the early stages.

Anne is honoured to be one of the ambassadors of Melanoma Tas as she understands the importance of early detection, the need to encourage others to become educated with checking their skin and undertaking routine skin checks with a professional as she knows this is what has saved her life.