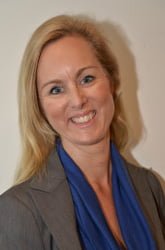 Di graduated from the University of Tasmania School of Nursing in 1990 and has worked across a wide range of health areas including Operating Theatres, Intensive Care and Cardiology both in Australia and London. She has an interest in health education, primary prevention and early detection.

Di worked for pharmaceutical company Roche for 8 years and during some of this time looked after their Oncology and Haematology portfolio in Tasmania. This has given her great insight into research, clinical trials and the treatment of cancer through new targeted therapies.

Her passion for skin cancer arose from the passing of her mother Judy Shelton to metastatic melanoma in 2004 – only 8 weeks after being diagnosed.

Di’s desire to support people and raise awareness of the disease led her to Cancer Council Tasmania in 2009 where she worked in health promotion – providing skin cancer awareness talks to community groups and as the Clinical Liaison Officer sitting on Cancer Council Australia’s National Skin Cancer Committee, UV Committee and Vitamin D Committee.

The formation of Melanoma Tas is due to the hard work of a dedicated group of people affected by melanoma and is Di’s way of honouring her mother and the many Tasmanians who have lost their battle with this disease. 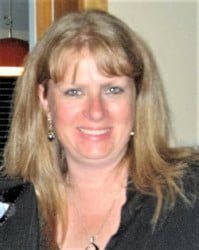 Wendy was diagnosed with melanoma in 2001 which was successfully removed. Following regular skin checks, a second in-situ melanoma was diagnosed in 2016. 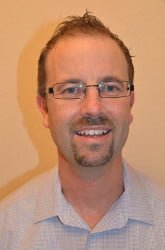 Scott began working in the Not for Profit Community Sector in 2006.  Working for Centacare Tasmania and also being associated with other business units of the Catholic Church Archdiocese of Hobart, has given him an appreciation for assisting people in need of care and or who may be less fortunate than most.

A diagnosis of skin cancer in 2010 provided Scott with a higher awareness of the damage the sun can cause in Tasmania.  Becoming a part of Melanoma Tas will allow Scott to positively contribute to the community and return his appreciation to the Health Sector. 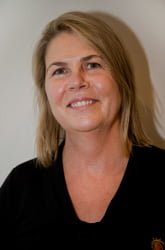 Board Member and Vice Chair

Kate has a background in community nursing. She has completed post graduate studies in

Palliative care, as well as working as a clinical nurse with community palliative care, in general practice and is now the Nurse Manager at a dedicated skin cancer clinic.

Kate is a regular attendee at the Australian Skin Cancer Congress. She knows the importance of locally based support and is passionate about skin cancer in Tasmania and helping realise the vision of Melanoma Tas. 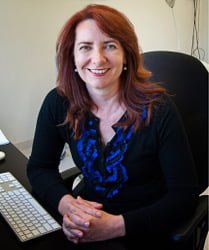 Nikki graduated from the University of Tasmania Medical School in 1993. Since this time, she has worked as a General Practitioner in both Tasmania and the United Kingdom.

In 2007 Nikki decided to act on her emerging interest in skin cancer and melanoma spurred on in part when her father-in-law passed away from melanoma. She stared screening her patients for melanoma and found a lot of previously undiagnosed melanomas on her patients and other patients within the practice she was working in.

This led her to further studies in skin cancer and melanoma to form a suitable foundation for a special interest in this area of practice. Nikki has subsequently completed diplomas of both Skin Cancer Medicine and Surgery, and Dermatoscopy with the Skin Cancer College of Australasia.

Since 2010 Nikki has focused exclusively on the area of skin cancer management and currently works alongside a Plastic Surgeon at the newly formed Macquarie Skin Cancer Clinic and also at Laserway on Davey.

To promote further awareness amongst her colleagues Nikki also teaches GPs and GP Registrars about the detection and management of skin cancer and melanoma.

Through her practice and involvement in organisations such as Melanoma Tasmania Nikki is hoping to raise community and clinician education of the prevalence of melanoma and the importance of early detection and also about the treatment of melanoma. 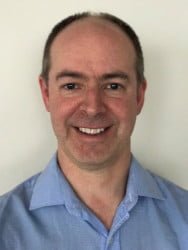 With over 25 years’ experience in the IT industry in Hobart, Andrew graduated from the University of Tasmanian with a Bachelor of Engineering with Honours while he was working for Tasmania Police. He is currently employed by Telstra as a group manager of Solutions Consultants in Southern Australia and is the Principal Architect of the Tasmanian Government Data Network.

Andrew has a passion for serving the community, and has has over 25 Years with the Tasmania Fire Service, the last 15 of which as the First Officer of the Mt Nelson Volunteer Fire brigade. It is this passion that has seen him serve on the TADPAC Board and, until recently on the Uniting Care Tasmania board.

Andrew and his family have been financial contributors to Melanoma Tasmania since its inception, and while he has no medical expertise, he joined the board in 2016 as a way to provide his technical expertise to the goal of minimising the effects of Melanoma in the Tasmanian Community.

Andrew is married to Janelle, and they have two children, Aaron and Eleanor. 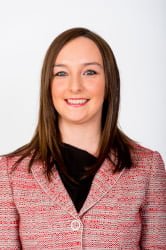 Candice is a lawyer in the Corporate & Commercial practice group at Page Seager Lawyers. She has worked at Page Seager Lawyers since graduating from the Tasmanian Legal Practice Course in 2010. Candice’s specialises in acquisitions, disposals, mergers, procurement and corporate governance. Candice’s practice at Page Seager Lawyers involves acting for a range of clients, primarily in the community service, energy and agribusiness sectors. In addition, she has experience in providing targeted advice on privacy and consumer law issues.

Candice is passionate about health and wellbeing. She is motivated to raise awareness and provide support and assistance to individuals in the Tasmanian community affected by Melanoma. Candice is excited about being a Board Member of Melanoma Tasmania and looks forward to assisting Melanoma Tasmania to grow and achieve its goals. 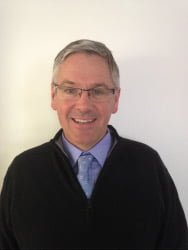 Tim Jackson graduated from the University of Tasmania in 1986 and has been practicing as a General Medical Practitioner since 1991.

He is a principle partner in the Eastern Shore Doctors medical group which operates three general practices on Hobart's eastern shore.

As a GP Tim has always had a particular interest in managing his patients with skin cancer and in 2004 the partnership established Hobart's first independent practice for the prevention, detection and treatment of skin cancer, the Hobart Skin Cancer Clinic in Bellerive.

Tim has undertaken subsequent education and training in skin cancer medicine and completed the Diploma of Skin Cancer Medicine and Surgery from the Australasian Skin Cancer College in 2015.

In particular Tim has a special interest in the use of digital dermoscopy in the early detection of thin melanoma.

Tim gained his Graduate certificate from the Australian Institute of Company Directors in 2012 and has had over six years experience as a board member and Chairman in the not for profit government sector .

He has a particular interest in board governance and management.

Tim is passionate about supporting patients with skin cancer and is enthusiastic about helping Melanoma Tas in realising its vision.