The start of autumn will bring with it a new sense of hope for over 2,000 Australians with advanced melanoma, with the Australian Government expanding subsidised access to breakthrough melanoma treatment options on the Pharmaceutical Benefits Scheme (PBS) from today.

The start of autumn will bring with it a new sense of hope for over 2,000 Australians with advanced melanoma, with the Morrison Government expanding subsidised access to breakthrough melanoma treatment options on the Pharmaceutical Benefits Scheme (PBS) from today.

On March 1, the current PBS listing of Opdivo® (nivolumab) will be expanded to include adjuvant treatment of completely resected stage IIIB, IIIC, IIID and stage IV malignant melanoma.

Opdivo® is a breakthrough immunotherapy which works by blocking proteins and helping the body’s own immune system to find, attack and destroy cancer cells.

It is estimated more than 1,500 patients might otherwise pay more than $100,000 per course of treatment without the PBS subsidy.

The listing of Opdivo® as an adjuvant therapy will provide healthcare professionals and patients with an affordable treatment option to treat melanoma earlier, rather than watching and waiting for the cancer to possibly return.

The Government is also expanding the listing of Opdivo® and Yervoy® (nivolumab and ipilimumab) to allow use as a first-line therapy in the treatment of BRAF V600 mutant positive Stage III or Stage IV unresectable or metastatic melanoma.

Without the subsidy, it is estimated more than 600 patients might otherwise pay more than $100,000 per course of treatment.

Australia has one of the highest rates of melanoma in the world—11 times higher than the worldwide average. Tragically, one Australian will die every five hours from melanoma.

These significant expansions will provide melanoma patients with a new breakthrough form of treatment, with less side effects and a greater chance of recovery.

Each of these listings has been recommended by the independent Pharmaceutical Benefits Advisory Committee.

Unlike Labor, we are listing all medicines recommended by the medical experts on the PBAC. In 2011, Labor stopped listing medicines on the PBS because they could not manage the economy.

Since 2013, the Australian Government has listed more than 2,300 new or amended listings on the PBS.

This represents an average of around 30 listings or amendments per month – or one each day – at an overall investment by the Government of $10.9 billion.

The Morrison Government’s commitment to ensuring that Australians can access affordable medicines, when they need them, remains rock solid.

Continued record investment of funding into vital health initiatives including life-saving medicines, Medicare, mental health and hospitals is only possible because of our strong economic management. 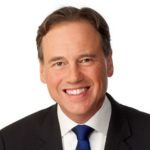